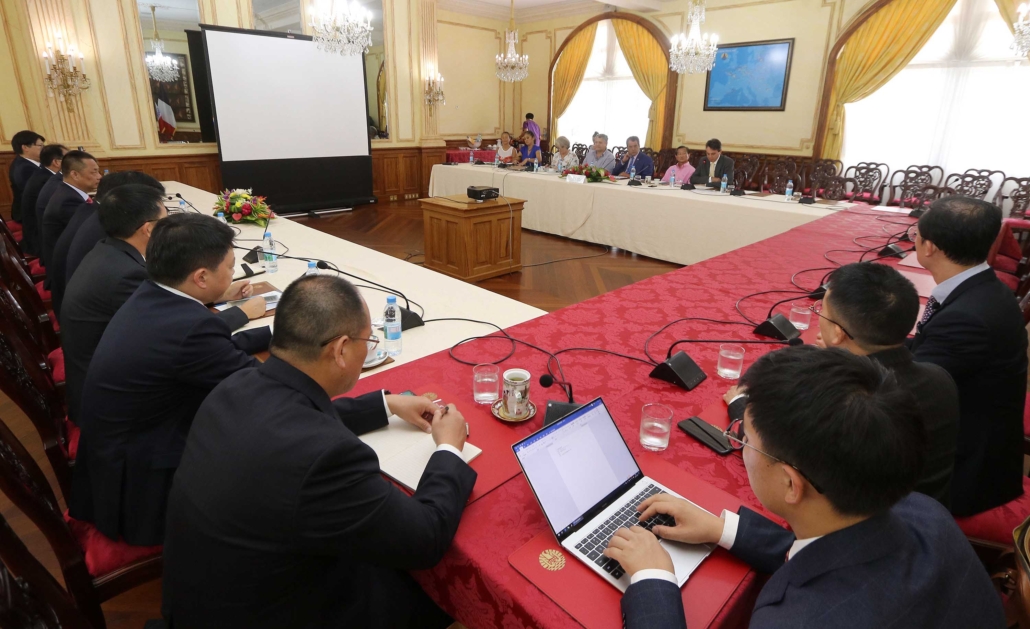 President Edouard Fritch and representatives of the Vice-Presidency received all the delegates from Tahiti Nui Ocean Foods company, the Qidong City and the University of the Ocean of Shanghai.

These meetings with the driving forces of Hao and CESEC are the manifestation of the will of transparency of the aquaculture farm project investor. With the authorized various building permits, President Edouard Fritch affirmed his wish to see the construction site being able to start as soon as possible. As production and marketing processes are now ready and finalized, the president renewed his wishes for success in this project, which has been the subject of discussions and studies.

Mr. Wang Cheng reiterated his determination to concretize his aquaculture farm project in Hao during the first half of 2020. Given the large size of the project, the reflection and technical adjustments take longer than expected. The necessary adjustments indeed concern both the Hao aquaculture site but also the logistics and marketing base in China.

The Vice President meets in Paris the architectural offices of the Congress...