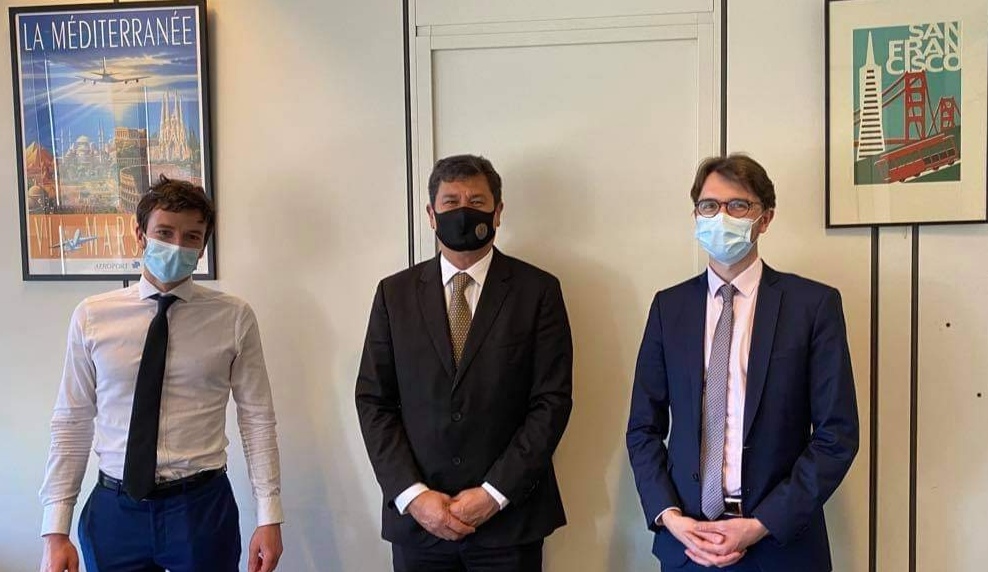 The Minister of Finance and Economy, Yvonnick Raffin, went to Paris to meet with Cédric Garcin and Alexandre Houlé, respectively Secretary General and Rapporteur of the CIRI (Inter-ministerial Committee for Industrial Restructuring).

Following discussions with the national authorities, the aim was to understand the role and functioning of the CIRI, as well as the stages of the investigation procedure, with a view to a potential filing of files for Air Tahiti Nui, faced with major financial difficulties due to the health crisis.

This exchange period also allowed the Minister to explain to the CIRI the context, history and specificities of Air Tahiti Nui.

CIRI is a government support and intervention structure for companies in difficulty with more than 400 employees. Its mission is to help revive activity and avoid job losses by identifying solutions.

Discussion at the Ministry of Ecological Transition