The cultured pearl of Tahiti

The number of producers of Tahitian cultured pearls and mother-of-pearls in French Polynesia in 2019 amounted to 703.

The export value of pearl products is 4,934 billion XPF. The first export activity which represents 50% of goods exports.

The Government supports this sector, through the enforcement of regulations and structures intended for professionals, to guarantee pearl sales quality.

Deep-sea fishing has a very high potential, benefiting from an exclusive economic zone of 4.9 million km², with very limited exploitation by the French Polynesian fleet while being a true sanctuary for marine mammals.

With the opening of a public aquaculture technical center producing juveniles, conducting actions of research and development as well as transfer of technology, and with the Country’s support to project initiators, developing French Polynesian aquaculture is a priority.

The public authorities are determined to first develop three production sectors: farming of shrimps in land-based ponds and now in cages in lagoon areas, fish farming in lagoon environment and the collecting of clams to be sold in the aquariology and meat exporting markets. The Country also accompanies a major foreign investment project for the setting up of an aquaculture farm in the Tuamotu archipelago, situated in a priority development zone, that offers new prospects to the sector, particularly in export. There are plans for a bio-marine zone on the Faratea site, in the southern part of the island of Tahiti, in order to develop synergy between players in the sector. 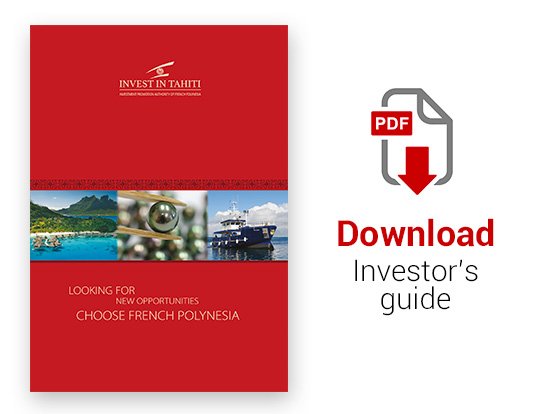