Tahiti and her islands

In the heart of the South Pacific, French Polynesia is located between the American continent and Australia, in a region spared from world conflicts, a secure and “pacific” place.

French Polynesia is a group of 118 islands, of which 76 are inhabited divided into 5 archipelagos (the Society: Windward and Leeward islands; Tuamotu; Gambier; Marquesas and Austral groups of islands) covering an area the size of Europe (4.9 million km²).

While the official language is French, native languages are still spoken to a large extent. In Papeete, language academies are tasked with their preservation, circulation and use. English is spoken in the business and tourist sectors.

French Polynesia has a tropical, oceanic climate, with two seasons: the hot season from November to March (23°C to 30°C) and the cooler season from April to October (14°C to 29°C ). 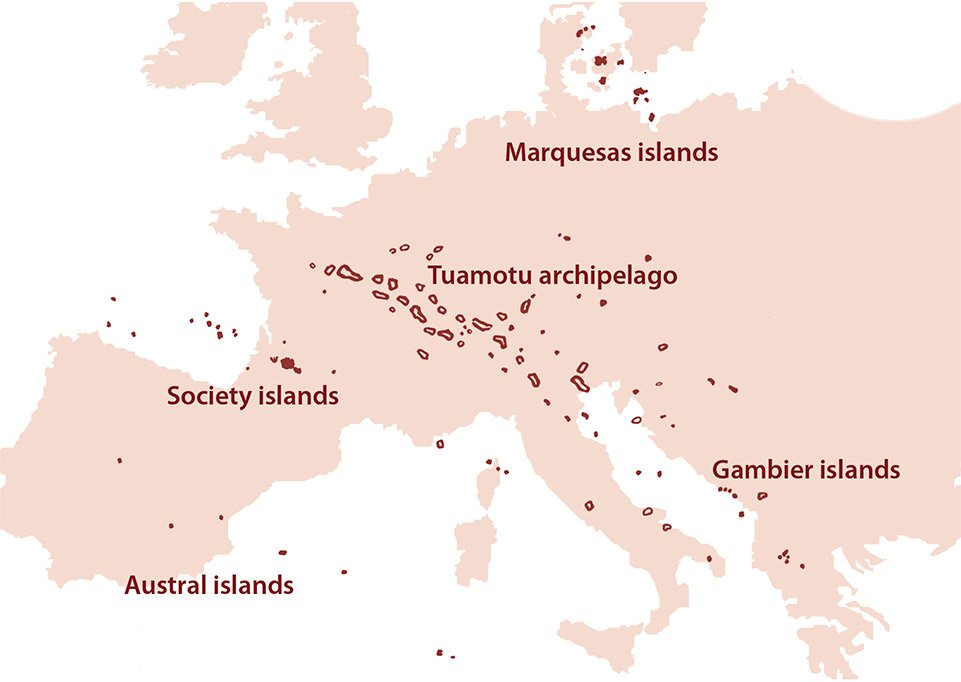 Link to: The institutions of French Polynesia

The institutions of French Polynesia

French Polynesia is an Overseas Country within the French Republic. Enjoying broad political autonomy as recognized by …


Read more
Link to: Currency and cost of living

Currency and cost of living

In French Polynesia, the currency is the French Pacific Francs (internationally abbreviated as: XPF). Parity with the Euro (1 EUR = XPF 119.3317) …

French Polynesia is connected to the rest of the world through a high-end telecommunication system: state-of-the-art satellite links …

French Polynesia maintains a high-quality health system and social security scheme. Regardless of the level of income and geographical location …

While the organization of education is, to a great extent, based on the system that exists in Metropolitan France, French Polynesia has specific …


Read more
Link to: Research and Innovation in French Polynesia